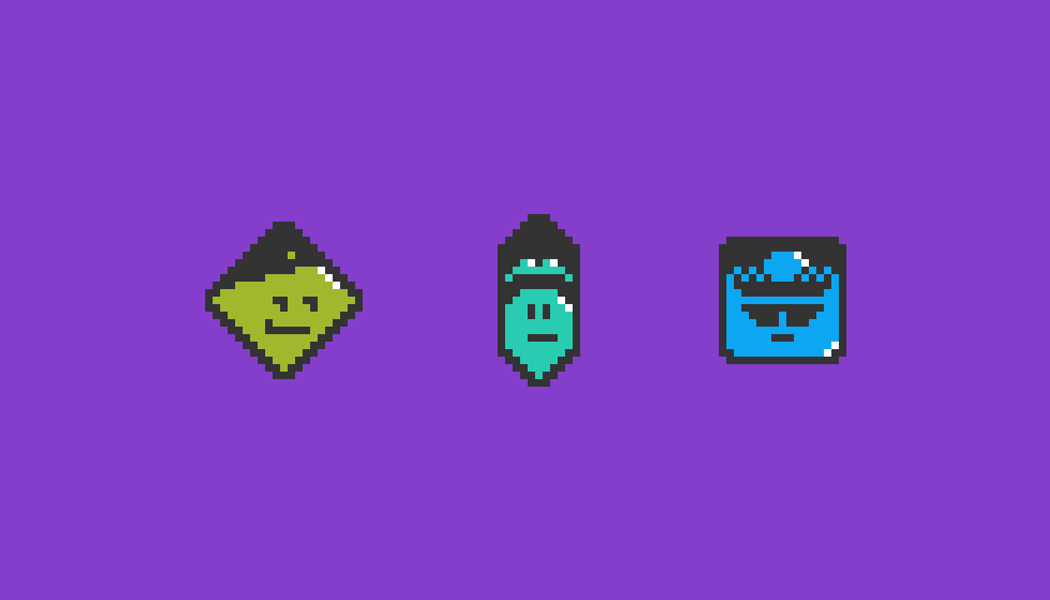 I will use mainly two sources to describe the people involved in the IT field: Robert Cringely’s “archetypes” and Aldous Huxley’s “caste divisions”. A meld of these two concepts will be the main point of reference utilising the conceptualising power of the analogy and metaphor.

Robert Cringely, with his unique writing style, introduces in his taxonomy the “Commandos”, “Infantry” and “Police” archetypes. This happens in his monumental book “Accidental Empires”, on which he explains the mechanics of the computer industry as it had evolved at the time of writing the first version of “Empires” circa 1996. The archetypes are introduced in the twelfth chapter, titled “On the beach”1. Cringely, looking back from mid 90s, described events that span through the 70s and 80s. These events are even more relevant today, almost two decades after the book was published as times change but people do not.

The second point of reference will be Huxley’s caste division of populace in his dystopian novel “Brave new world”. More specifically, I will utilise his references to “Alphas”, “Betas” and “Gammas”. “Deltas” and “Epsilons”, the remaining two castes in Huxley’s universe, also exist in modern workspaces but their limited mental capabilities would exclude them from doing any IT related work leaving them, as a result, out of our analysis. What makes Huxley’s caste divisions very interesting and appealing is the extended descriptions of how a member of a caste understands their position in the world and how they comprehend and internalise day to day activities, life planning, or just random incidents. Another noteworthy theme is the patterns of behaviour towards members of the same or different castes: for example how a Gamma behaves towards another Gamma or towards an Alpha. These patterns provide a very useful tool to understand and describe the dynamics between roles.

For the purposes of our narrative, archetypes and caste divisions will be combined, suggesting that there is a one to one connection between them. Commandos are mapped to Alphas, Infantry to Betas and Police to Gammas. In this chapter, the mentality behind this mapping will be explained along with some comments. Later on, these concepts will be expanded along with related research and personal experiences, first by discussing each archetype in isolation. But first we will start with a fast revisit on Cringely’s relevant chapter, serving as the starting point for our narration.

As the narrative in “On the beach” goes, building a company is conceptualised as military operations in which an imaginary army will have to conquer enemy territory. This will happen in subsequent waves of assaults. The first wave consists of Commandos whose job is to parachute behind enemy lines or quietly crawl ashore at night. Their target is to establish a beachhead as soon as possible and that’s what they have been trained for and are capable of doing. For achieving this, they need to make creativity a destructive act by solving all sorts of problems the moment they encounter them. They have to be creative, communicate with each other on an equal to equal basis, skilful, and - most important - cross-disciplined. What identifies Commandos is their need to operate outside of each one’s comfort zone as they face problems that neither them nor maybe anybody else has encountered before; in short, live in chaos. In the context of IT companies, most of the times, but not always, this situation applies to the initial start-up or starting-up phase where the company is discovering its business model or it needs to create the infrastructure on which it will operate from scratch. Once some sort of “beachhead” is established, it is time for the second wave, that is the Infantry, to get into the picture.

The Infantry’s function is to maintain the ground captured by Commandos and expand it. While the Commandos make success possible, it is the Infantry that makes success happen. These people are quite a different breed as they are mostly based on discipline and teamwork. They are very clever and in order to function they need orders or at least some sort of orientation. Orders given are respected and an Infantry member will do anything it can in its power to follow them. A key difference between Infantry and Commandos is that Infantry may face harsh or extremely difficult situations but definitely not the total chaos that Commandos is trained to encounter. Another difference is that the number of situations on which Infantry will need to act totally alone or make decisions is far smaller compared to Commandos. On the other hand, Infantry can solve problems as they arise and allow the operations to expand, one step at the time. Their process allows their targets to be reached incrementally in a stable and very often measurable way.

At the end, when there are no fierce battles and conflict, but there is still a need for a military presence in the territory (Cringely), we have the third wave which is essentially a Police force. The Police consists of people that are not extreme fighters, but can get through some difficult situations. In the cinematic war narrative, a Police force is tasked with occupying the land captured by the Infantry until the war is over. Their behaviour should be predictable and easy to scale. Being limited in their scope, their job is mostly to maintain the inherited state of affairs. In order to achieve this, they need to be very good at following orders and also behave according to specified patterns of behaviour.

An interesting observation from Cringely’s analysis is that different people are more appropriate than others for different phases of the imaginary military operation or life-cycle of an actual IT company. With this in mind, some questions come up: What happens with Commandos after their specific wave function is completed? A possible answer could be that, until the end of the “war” or their “death”, which projects to retirement for the IT working crowd, they prefer to remain as close to action as possible. In a business setting, once they finish their course, they delegate control to the next wave and then proceed deeper in the mainland. For example, other areas that the business needs the Commandos talent and capabilities. An almost identical approach can be followed from Infantry.

At the time the business has established itself, which is when the imaginary war is close to an end or already ended, almost only Police type employees are required. Based only on the time of their recruitment, it is impossible for them to have any memories or participation on how the organisation was in the past, when there was almost nothing in place, when the managerial structures and overall infrastructure had to be devised, implemented, and corrected. For Police members it is natural to assume that the way things are is the way things should be, so effort should be applied only for maintenance. It is possible for Police to assume that the first two waves never existed, with the exception of some employees that got hired early enough. Even then, these only a few individuals and their memories are distant.

After Police forces take over, some Infantry mentality might be in place for exceptions or opportunities that might arise, such as business expansion and, more or less, that’s the final mix. Very few countries sustain a considerable number of real Commandos operational in time of peace. Similarly, businesses at their established stage do not want Commando people around. What happens, also mentioned from Cringely, is that Commandos either leave for the next business that needs them or they get pushed aside from management because they are considered no longer relevant - the current environment cannot contain them.

Summarising, Commandos create the status quo. Infantry stabilises and expands it. Police’s role is to sustain and maintain it.

The second reference point comes from Huxley’s masterpiece “Brave new world”, set up in a near-future and very dystopian world which evolves around a tight cast system. A significant fact is that people in the “Brave new world” universe are genetically engineered in a laboratory where the cast on which they will belong to is predefined before birth. The makes of a person cannot be altered during the course of their lives.

On the top of the hierarchical pyramid sit the Alphas. They are not only the most intelligent ones who also engage actively with their assigned occupation or job function. Alphas are followed by Betas. They are also very intelligent and capable. Although Betas can comprehend a lot, they cannot “connect the dots” or generate new knowledge. Preconditioned by birth, Betas can understand as well as appreciate science only through its applications. They are not only unable but additionally unwilling to actively engage and produce science. In a similar fashion, Gammas find it difficult to do anything beyond following instructions and do not want to pursue further; following instructions makes them happy in their working lives.

In the centre of Huxley’s narrative is the concept that each cast member’s will and capability are essentially two sides of the same coin. A caste member does not wish to do anything outside their boundaries, nor they will ever try to. This also is true for the other way around, it would never succeed in crossing their boundaries so they would never wish to do so.

In Huxley’s world, glorifying science and scientific method has elevated to religious status, a little bit above from the current levels that science is placed in the contemporary culture and workspaces. Gammas, for example, comprehend their relationship to scientific applications as an infinite list of different processes or prescriptions, somewhat a recipe approach: the better you follow the prescribed steps, the better the result that will come out of them.

With our “actors” identified above, we can describe and analyse them further. Then we will get to how castes and archetypes see and treat one another.