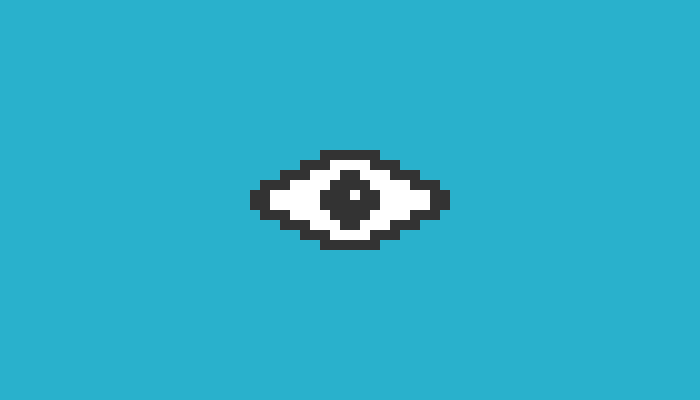 How they see each other

“I want to know what passion is. I want to feel something strongly.” - Aldous Huxley, Brave New World.

While the previous chapters gravitated more towards “Accidental Empires”, this one evolves more around “Brave new world”'s universe. A main concept there is that members of each specific caste conceptualise themselves and their fellow members of the same caste as the only who are normal, those that got it right as it should be. The ones belonging to lower castes are treated as less capable or too distracted and lazy. Similarly, those belonging to higher castes are treated as too engaged in their jobs, taking things to the extreme, letting life pass by without enjoying it. Although behaviours are not as harsh as in Brave New World's dystopia, the analogy can be used for our archetypes1.

In order to emphasise the Huxley element the castes will be referenced as Alphas, Betas, and Gammas, with the direct projection of Alphas to Commandos, Betas to Infantries, Gammas to Police.

Expanding on these analogies centred around Huxley's approach, most Alphas (Commandos) and to some extent Betas (Infantry) are in their profession because this is what they wanted to do: each person for a variety of reasons chose to do IT among different occupations. Most Gammas on the other hand are there because they had to or were told to do so. Mixing them in the same organisation has ramifications such as them having conflicting opinions. Most of the time conflict or other effects are triggered subconsciously.

With a member of each caste seeing normality in itself and its peers, we will explore their attitude towards others. Reversing the usual order, we will begin with Gammas/Police's perspective and move from there to Alphas/Commandos.

Gammas treat the workspace as a necessary evil part of life, an inevitability pretty much on the same level as death and taxes. This means that the workplace might be nice or tolerable, which, when it happens is more than welcome, but at the end of the day it doesn't matter. At the end of the day being there is the sacrifice that has to be made so that the rest of life can be enjoyed.

Through this lens the other two archetypes are viewed as not only having a different agenda or different orientation, but moreover an at least incomprehensible behaviour. In one phrase they have got the whole thing wrong: instead of trying to enjoy life as much as possible they seem to be too concerned about what happens at work. With Betas there seems to be some sort of reasoning and they can somehow be comprehended, Alphas simply do not make any sense.

Betas might be oriented towards pursuing a career, be in need of a promotion, lured by the prestige of being called a professional. It is possible that they just happen to like what they are doing a little bit more than usual - nobody is perfect after all. Whatever might be the case, things do not get out of proportion confining them to normal socially acceptable limits.

Alphas, probably within the same lines, seem to have taken an extreme path. They seem to be talking about their field as if it is a bit more important than it should be. They seem to spend much time on reading things on the Internet such as the latest trends in their field of interest or studying alternative approaches on everything under the sun. They cheat themselves into believing that what somebody wrote on a blog-post is real so much that they would like to apply that in the workplace preferably by tomorrow, risking the stability of the business. If alas they actually manage to do so, Gammas might need to readjust to a radically new situation that will push them way out of their comfort zone, distracting them from other activities that really matter to them along the way.

Betas perspective is the most interesting of all three which stems from being positioned in the middle of the taxonomy from where they can empathise and associate with both other castes while at the same time maintaining an individual perspective and motivation. Because of this empathy, a Beta's approach is the most mild one as it can include elements of acceptance and understanding, being more inclusive than the other two.

For a Beta, Gammas can be those that do not care that much or just do not possess motivation or necessity to perform: people that ended up in the wrong career trajectory or treat their profession for what it is for most people, a job. Maybe they need some additional incentives or more specific instructions to get things done, but generally they are fine. Their presence in an organisation ensures a smoother career progression because they are easier to compete with, making a Beta's life easier.

Alphas also have a point as they get overenthusiastic and fascinated by the current trends wanting to experiment with them. Their opinions though should be taken with a pinch of salt as their in many cases radical approach might disrupt or even damage the existing infrastructure or capability of the team to deliver. Maybe they will change behaviour when they start getting interested in other aspects of life such as starting a family or when they discover a more engaging activity such as a hobby.

Alphas do not pose that much of a competition as their partisan approach usually scares off management. When management wants stability, which is most of the time, it will ask a professional which is almost always a Beta. An Alpha's enthusiasm about their field makes them also less receptive to needs of other parts of the business. Alphas can also function as trailblazers showing where the industry will navigate in the following years. Observing them is a better way to spot trends early on. For those two reasons, in the long run, Alpha's presence can be only beneficial.

As a reverse reflection of Gammas' perspective, Alphas can empathise with Betas and accept them, while this does not happen so much with the Gammas.

Betas can be viewed as “Broken Angels”, angels who at some point in time lost their wings or were born with broken ones. They could have been essentially the same but somehow along the line they got diffused or cast down. Alternatively, they choose of a different path which might seem somehow odd to the Alpha's eyes but accepted and respected.

As Gammas could think that Alphas push it too far, similarly Gammas are too disengaged or conservative in Alphas’ eyes. Gammas' behaviour might a result of not having enough capability or talent, or from being positioned in the wrong industry. In either case the questions remain the same: why don't they try harder or why don't they change industries? Also, for a number of companies: What gets them promoted, is it something related to politics, counting years on the job?

Huxley's narrative provides interesting insights on how castes comprehend each other. In his universe Gammas are assigned prescribed repetitive procedural tasks that are inherently boring. In order to cure the boredom they are rewarded with amusements and other activities after the end of their shift. One of these is the overuse of drugs. There is one scene in the book where people are handled “soma”, the euphoric substance of “Brave new world”, just after finishing their shift in a factory. One could see an eerie resemblance with a modern metropolis, looking at people getting obsessed with their cell phones the moment they get out of the office. For many of them when one more day of writing politically correct compliant jargon-speak emails or answering phone calls based on a script has come to an end, it is time to get distracted with something that would carry them along to the next same day.

Betas in Huxley's world enjoy more autonomy and perspective but always within the boundaries of the system they serve - either their company or society in general. They have access to more challenging and difficult to comprehend material while being able to make their own decisions and impose them on Gammas or other more junior Betas. Maybe this is the reason that they do not rely so much on drug usage as the Gammas. The material to which they are exposed to has been censored in advance so that it is not possible to divert from what is accepted as cultural norm in “Brave New World”'s society. Generally, they live happily.

Alphas are entitled to a wider perspective and the ability to peek outside the box. This allows them the freedom to be exposed to material that is forbidden to the rest of society, see the “whole picture” and direct trends. Compared with the other castes, they are mostly engaged with the responsibilities which keep them active. Being in this situation removes their reliance on distractions or drugs which makes them the only ones that can allow themselves to have feelings such as sadness.

Whose opinion wins an argument

There is no deterministic formula but there is a strong indication that the result is influenced by the mentality of the company, its current life-cycle stage, the perspective of management, and maybe chance. Specifically, the stages in a company's life and relations to archetypes are the topic of the next chapter.